Where does the time go...Part 2 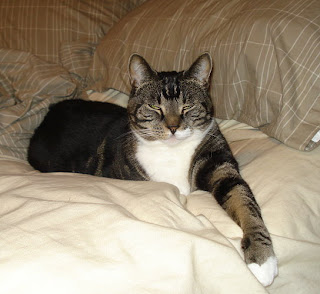 Another reason why I just stopped blogging was that on December 17, our daughter's suite above our barn caught fire. I was home by myself when the lady who cleans our barn ran down to the house and banged on the door. The neighbours had seen smoke coming from the windows above the barn and I grabbed the key thinking that it might just be steam from the dryer being left on. When I rounded the corner of the garage, I knew it was not steam and I ran to meet my neighbour at the barn. He is a fireman and asked immediately if anyone was inside........my daughter had gone to school, to write her final exam of the term, the dogs were outside, only Roxie the cat remained inside. I told him and opened the door for him. He raced inside to try and get the cat, but stopped halfway up the stairs and yelled call 911, I can't see a thing in here and the heat is intense, is there another door. Yes the patio doors around the other side...he raced out and to the other door. I called to his wife and the lady who cleans the barn to get the horses out, while I talked to the 911 operator, fire is on their way she said and I hung up. I went into the suite and up to the landing, but the heat and smoke was bad. I called and called Roxie, but she never came. Our neighbour came back from the other side and said the black, thick smoke was floor to ceiling and he couldn't open the door for fear of a backdraught. He said there was no hope for the kitty. I called my husband at work and told him what was happening, he said he would wait for my daughter at her school and pick her up and bring her home, but that they wouldn't allow him to do that until after her exam was finished. Hope was running thin.
But hope we did, we hung on to that or at least I did. The firetrucks, all four of them seems to take forever to get there and the firemen seemed to take forever to get inside. When they finally did and did their room to room search, I was standing next to the fire chief and I heard the words...the cat is deceased...my first thought was how am I going to tell my daughter.
The snow was coming down thick and fast and as neighbours came and went and I was finally standing by myself watching the firemen, I realized I was frozen. I told a fireman that I was going to the house to warm up a bit if they needed me. He told me to do that and they would come and get me, when things were under control.
I walked to the house and called my other daughter who was at her working, inventorying stock and cleaning up after the break in to her nearby business the morning before. By this time I was in tears and my daughter said, I'm closing the store I'll be right there.
The fireman came to my door to get me, so I could identify things in the apartment. The heat was still intense and the smell was nauseating. The fire had started in the dryer and smouldered in there for possibly three hours before we had seen the smoke, he told me the cat was long gone by the time we saw the telltale smoke escaping the windows. I did what they asked and then another fireman asked me to get a blanket or towel so he could bring Roxie out and down to the lounge. I opened the bathroom door to get the towel and the heat and fumes that hit me nearly knocked me out. The fireman pulled me back and said, well we are not going in there right now, but I had grabbed a towel as he pulled me out and I gave it to him.
My other daughter had arrived from her store and was making her way through the suite to where I was standing with the fireman. We just cried. We made our way back outside and waited. About 10 mins later the fireman came out with Roxie. She was laying on the floor beside the bed. She looked like she had just gone to sleep, so the fireman said she was probably overcome by the heat and then she passed away due to smoke inhalation.
When my daughter and husband finally arrived(the roads were so bad that they were constantly being detoured away from their way) we were back in the house. The feeling of loss over Roxie, the feeling of losing everything, was so overwhelming.
The feeling of hopelessness, helplessness that I felt while watching the firemen, brought back all my feelings of that January 16th morning when one of my students attacked me and tried to stab me.................
It has taken a long time and a lot of money to get everything back(we can never replace Roxie), we are still working on the suite.........so you see, that's why I haven't had time to blog.
That's Roxie, sitting in her favourite place..........my daughter's bed.
Posted by barbigirl at 9:54 AM

That's such a sad story. I'm sorry for your loss. She probably did just fall asleep and did not feel anything.